Founded by Rodolfo Squinzi in 1937 in the city of Milan, where the company still has its headquarters, Mapei is now one of the world’s leading manufacturers of chemical products for the building industry and has contributed to the construction of some of the most important architectural and infrastructural works worldwide. With 90 subsidiaries operating in 57 countries and 83 manufacturing plants in 36 different nations, the Group employs over 10,500 staff worldwide. Over the years it has taken over important international companies as part of its growth strategy. The Mapei Group had consolidated income of €2.8 billion in 2019. Mapei has always been run by the Squinzi family: in October 2019, Laura Squinzi took over from her brother as the company President. Veronica and Marco Squinzi are now the joint CEOs, as well as being, respectively, the Global Development Director and Research & Development Director. Simona Giorgetta is a member of the Board of Directors.

Mapei develops, manufactures and markets building products and solutions that can cater for every imaginable need in the construction industry, from housing and infrastructural works to cutting-edge architectural structures and repair work.
Alongside its high degree of Specialisation, the Group’s Internationalisation strategy means it has local business-manufacturing facilities to work more closely with its partners.
Another driver behind Mapei’s growth is Research & Development to which the Group is highly committed in terms of both investment and human resources. It has 31 R&D laboratories worldwide, including its main Corporate Research Centre in Milan that coordinates the operations of all the others and also acts as a central analysis lab. The various centres, equipped with cutting-edge instruments and appliances, work constantly with universities and industrial-scientific research institutes all over the world.
The firm belief that Sustainability is not just a shared responsibility but also a key asset for a company, Mapei products and solutions are made from materials that protect the environment and health of installers and end users and are designed to reduce energy consumption. 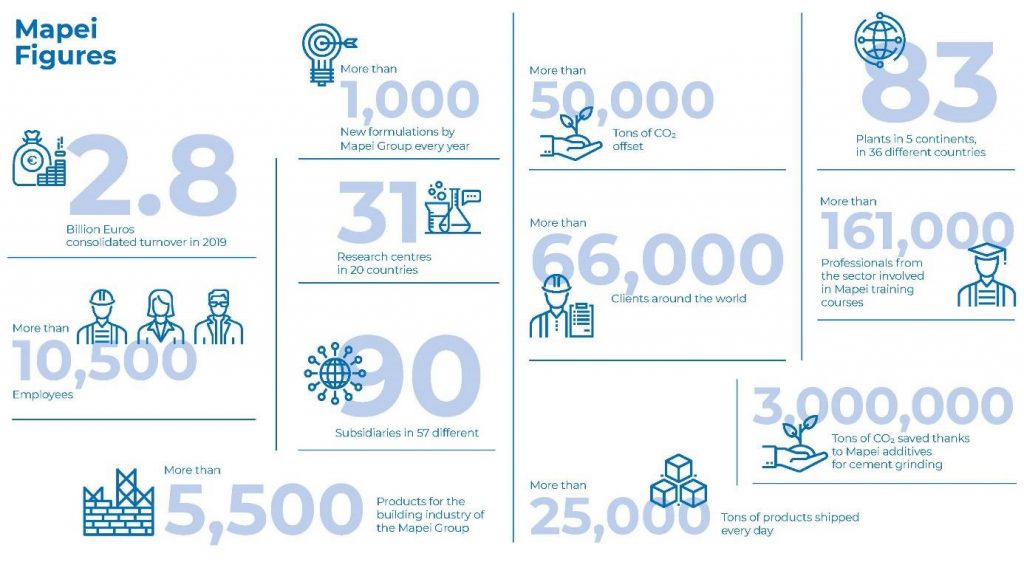 Mapei provides the building market with a full range of 20 product lines covering every field of application: installation of ceramics and resilient materials; additives for concrete; thermal-sound insulation systems; structural reinforcement products; repair and renovation products; and niche products for the market, such as grinding additives for cement works, systems for constructing tunnels and underground works, and products for the shipbuilding industry.
Thanks to its extensive range of products and Technical Assistance and building-site consultancy services, particularly appreciated by designers and installers, Mapei partners thousands of projects worldwide, ranging from major infrastructures to iconic buildings.
These include: the Guggenheim Museum in New York; the recently built Louvre Museum in Abu Dhabi; Marina Bay Sands Hotel in Singapore; and Petronas Twin Towers in Kuala Lumpur.
Futuristic Jewel Changi Airport in Singapore.
The Panama Canal, the world’s most ambitious engineering work; Gilgel Gibe III hydroelectric plant in Ethiopian, the biggest in the whole of Africa; and Riyadh Metro in Saudi Arabia, considered to be the world’s biggest public transport system. 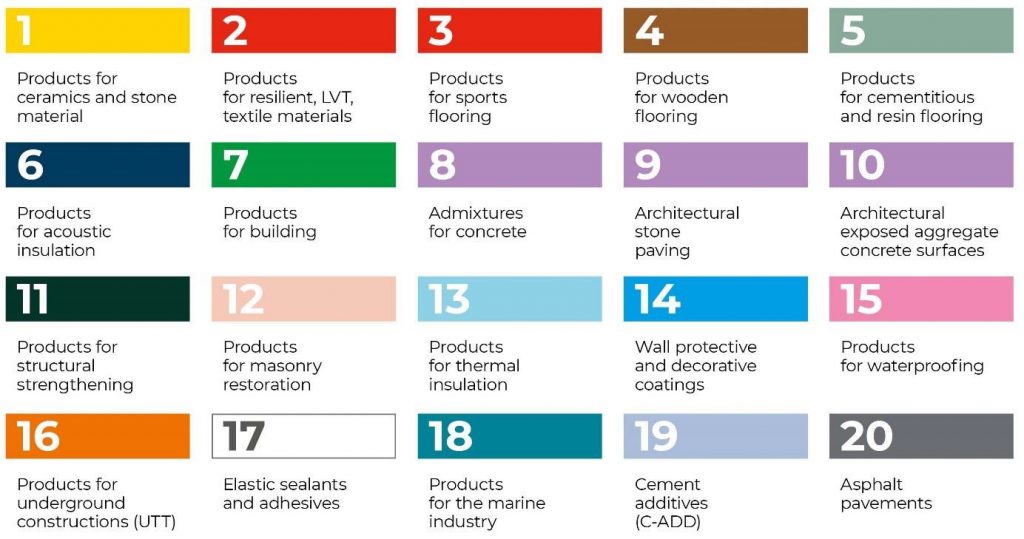